In early December, I participated in a Ditchley Conference on power and accountability in the private sector digital economy as an invitee of the Canadian Ditchley Foundation.

Looking towards the Ditchley Mansion, across the lake from inside the Rotunda.

(If you are not aware of the Ditchley Foundation and the regular conferences that are held at the Ditchley Park country estate outside of Oxford, please check out the Foundation’s website which contains an impressive list of past conferences with a Director’s Summary capturing the unattributed points of the discussion at each event.)

END_OF_DOCUMENT_TOKEN_TO_BE_REPLACED 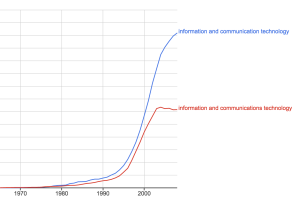 While there’s a bit of controversy over the usefulness of the term – and some regional differences (I sense greater affinity for ICTs in European circles than in North America) – the term ICTs is still largely used by academics in digital governance studies as a catch-all that has a sort-of “you know what I mean, right?” flavour to it.